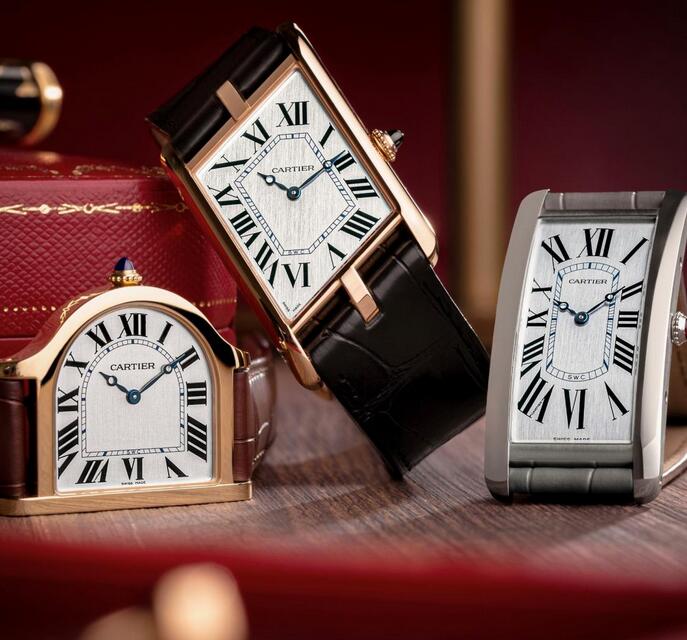 It has been six years since Singapore Watch Club (SWC) was founded, and to commemorate its sixth anniversary, the horological society has collaborated with Swiss luxury watchmaker Cartier to launch 18 Special Edition luxury US replica Cartier watches.

The unifying design element that threads across each piece is a classic Cartier Roman layout, set against a vintage-inspired brushed dial. The silver dial and the blue minute track feature SWC’s colours. Upon closer inspection, the club’s signature comes into view, tucked within the minute track just above the 6 o’clock numeral. To mark six years, the “VI” numeral is rotated upwards.

Only 18 Cartier copy watches wholesale site are available for purchase by members and associates of SWC, all of which have already been spoken for.

The Singapore Watch club was founded on October 31, 2015, by watch collector Tom Chng. It first started out as a small community for a few Swiss movements replica Cartier watches geeks who met on Instagram, growing into a horological community for collectors. It describes itself as a “friendly fraternity of passionate people coming together to share their appreciation of perfect Cartier super clone watches”.

Speaking with CNA Luxury, Chng describes the collaboration with Cartier as “surreal”. “We thought of the concept almost two years ago. Back then, it was just a dream. Now it’s a reality, and we have the best Cartier fake watches sitting on our wrists,” he said.

Prior to the top Cartier replica watches collaboration, the club’s first collaborative special edition was with Ulysse Nardin, launched to commemorate its second anniversary. To mark its fourth anniversary, the club collaborated with Hublot. “It’s really an honour, as a watch geek, to have the opportunity to work with brands whose work we’ve been huge fans of all these years,” Chng commented.

Reflecting on SWC’s sixth anniversary, Chng says the club has “really matured so much”. “The friendships that have blossomed from our little community is quite remarkable. We strive to continue to share, inspire, and bring the best of the horological world to our members and audience, in Singapore and abroad.”